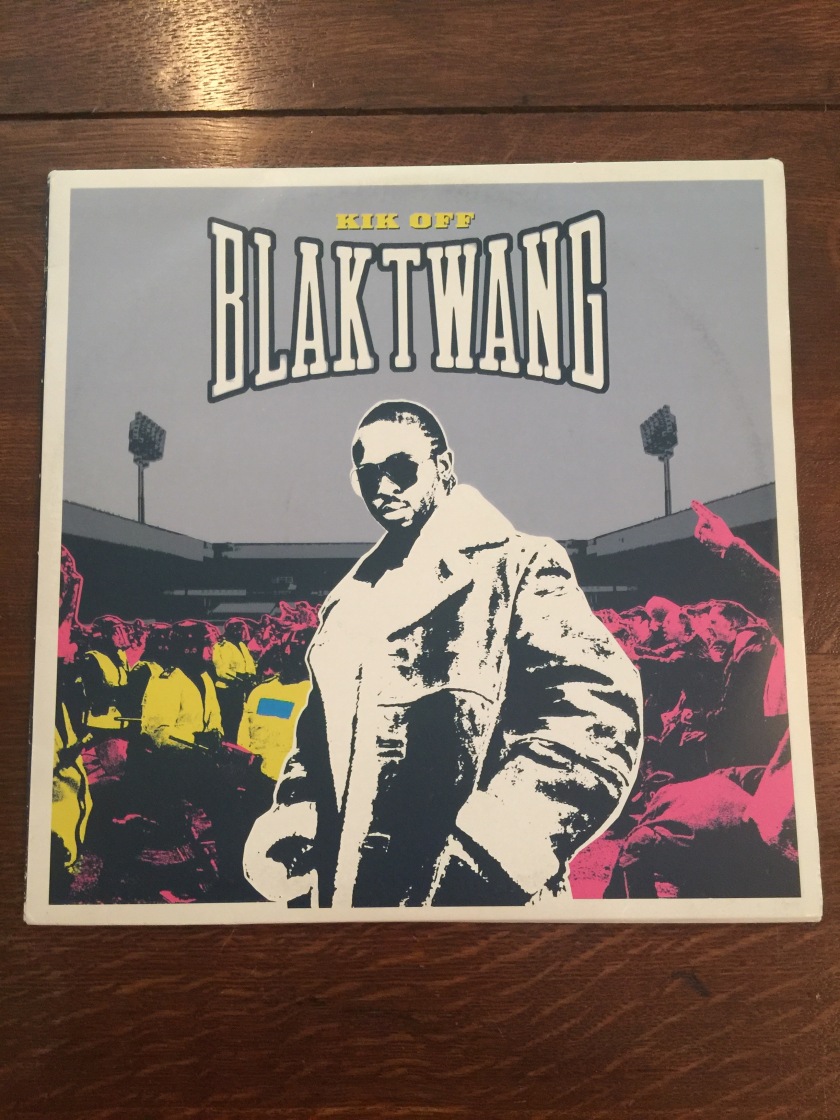 Blak Twang – Kik Off is a double LP from 2002. It was released on the Wall of Sound label’s Bad Magic imprint. This record also spawned three 12″ singles and an EP, which will be illustrated in the following posts. 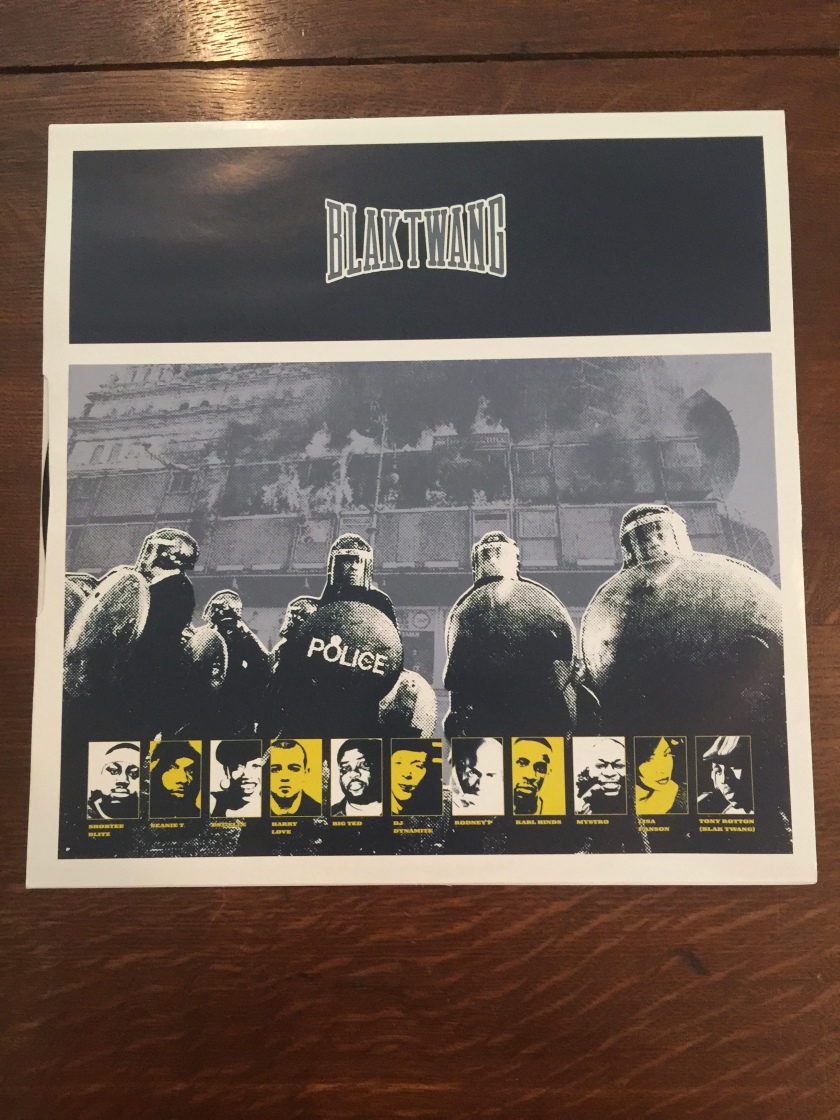 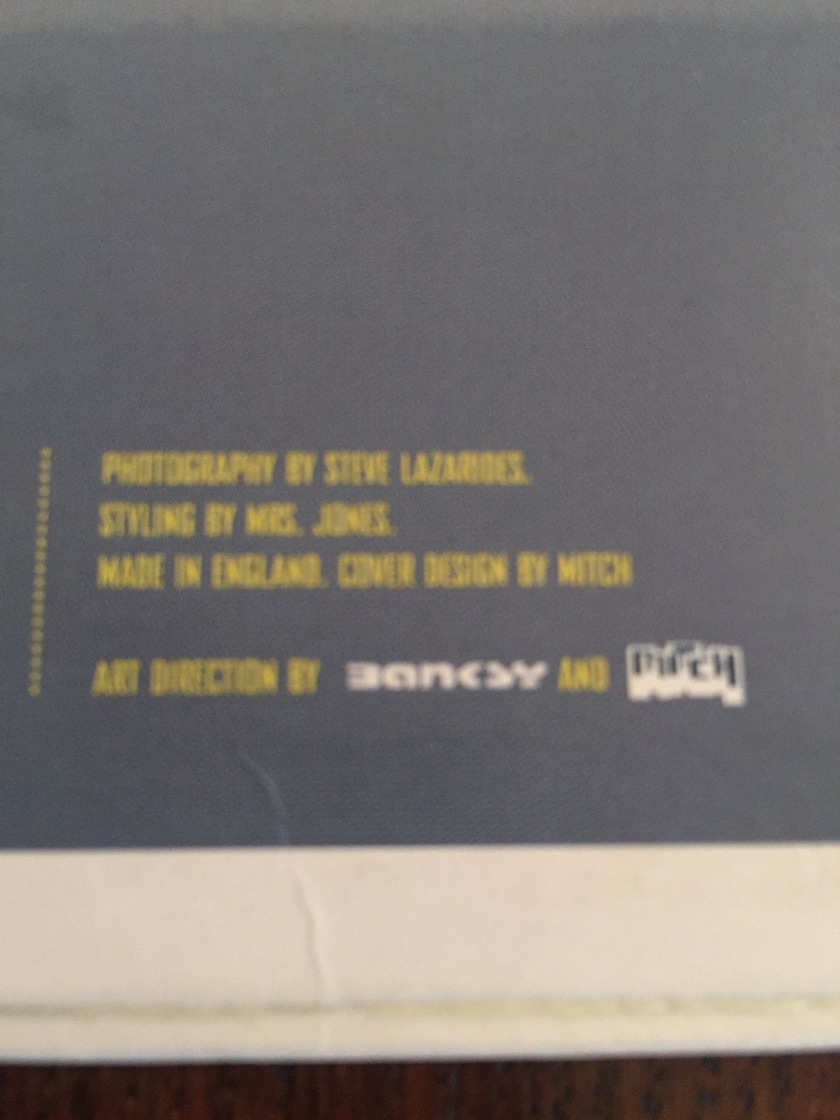 I know this is not the best photo (and I wish I had photographed my Mint copy), but you can see the photo credit for Steve Lazarides, and the explicit art direction credit for Banksy. From Steve Lazarides’ own website Lazinc.com,

“Lazarides founder Steve Lazarides worked with Banksy whilst he was employed as the picture director of the magazine Sleaze Nation. Steve exhibited the street artist’s work for a number of years and generated an unprecedented interest in Banksy and ‘street art’ that others have since capitalized on, thus giving birth to the current movement. Steve became Banksy’s de facto agent, a working relationship that ended in early 2009. ”