Blur is an English rock band that achieved great success in the 1990s. Think Tank, released on the Parlophone label in 2oo3, reached number 1 on the UK charts, and was the band’s highest ranking album in the United States, reaching number 56. This record was re-released in 2012. The easiest way to tell the difference between the original and the reissue is the numbers listed on the blur sticker and the bar code on the back. Here are the images from the original: 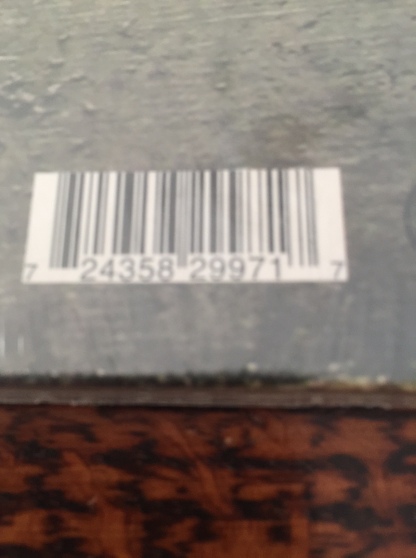